You are here:
Nature Conservation GroupOngoingProjects 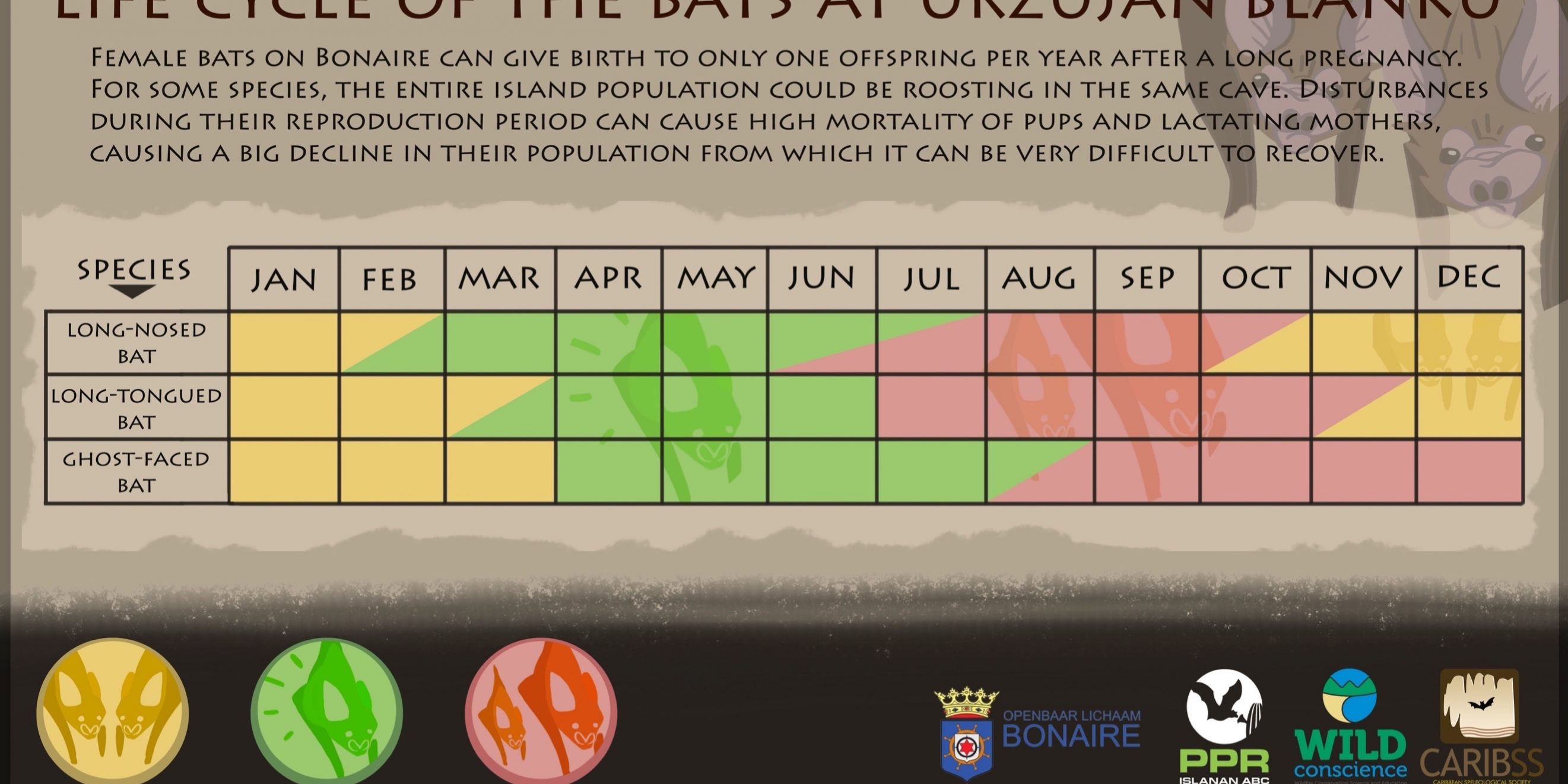 Despite their ecological importance (see Caves and Karst fauna), bat populations on Bonaire are threatened by uncontrolled visits to the caves that they use as daily and maternity roosts. Female bats on Caribbean islands give birth to only one offspring per year after a long pregnancy. For some species, the entire island population could be roosting in the same cave. Disturbances during their reproduction period can cause high mortality of lactating pups and inexperienced juveniles, causing a big decline in their population from which it can be very difficult to recover. In order to safeguard bat mothers and their pups, the project is building physical barriers made of stainless steel at the five bat maternity chambers known for Bonaire. Additionally, signs depicting the year cycles for each species will be placed next to the barriers.

Reproductive cycle and cave use dynamics of bat maternity cave at Bakuna
July 9, 2019
Population trends and distribution of the bat fauna of the ABC islands
July 8, 2019